Abstract: In this study, non-orthogonal multiple access (NOMA) together with cognitive radio (CR) benefit to the vehicle-to-everything (V2X) as promising application with high spectrum efficiency. We have higher priority to evaluate system performance of the secondary network in such CR-NOMA system operating in the context of V2X. We first arrange vehicles belonging to serving group in this CR-NOMA assisted V2X, and it is beneficial to serve massive connections for vehicles. There are two scenarios studied in this paper, with and without the support of CR scheme. In our proposed system, two system metrics need be investigated to evaluate performance of vehicles that need higher quality of service (QoS). Our results indicate that the outage performance gap among two vehicles exists since different transmit power allocation factors were assigned to them. In particular, the outage probability is first derived in exact forms and then the bit error rate (BER) can be further achieved. In specific situations, the optimal outage probability can be obtained by numerical simulations. Simulation results are also provided to verify the correctness of the derived expressions and it exhibits advantages of the proposed CR-NOMA assisted V2X system in terms of two main metrics such as outage probability and BER. 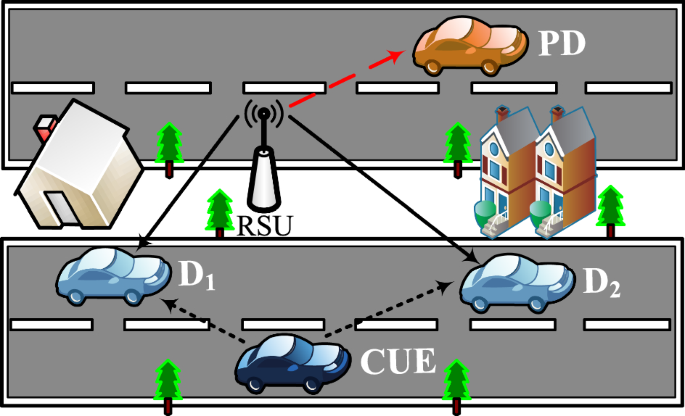